Michael M. Wood is Chairman of Redwood Investments LLC, a Washington, DC investment company concentrating in media, real estate, and alternative energy (www.redwoodinvestments.net). In recent years the firm has made multiple investments in these target categories. From 2014-2022, Wood served on the Board of Directors of KB Home (press release).

From 2006-2009 Wood was US Ambassador to Sweden where he made cooperation between the U.S. and Sweden in alternative energy technology his top priority. During his three year term he traveled to all 21 län (counties) looking for alternative energy companies that could benefit from cooperation with American venture capital and research institutions. The US Embassy’s list of the best of these Swedish companies contained 52 firms and the resulting volume of activity between Swedish firms and US interests was $150-200MM.

In recognition for this work, on May 4, 2009 the King of Sweden bestowed on Wood the insignia of Commander Grand Cross, Order of the Polar Star, a medal given by Sweden’s Royal Family to people of foreign birth who make significant contributions to Sweden. 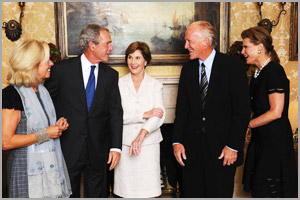 Prior to becoming ambassador, Wood was co-founder and CEO of Hanley Wood LLC, the leading media company in the construction industry and one of the ten largest business-to-business media companies in the U.S.

Wood and private equity sponsor Veronis Suhler Stevenson sold Hanley Wood to JPMorgan Partners (now CCMP Capital) on August 1, 2005 and at that time he left the company and its board to become ambassador.

In addition to his investing activities at Redwood, Wood is on the Board of Trustees for The American-Scandinavian Foundation in New York and the Board of Directors of Capital Partners for Education in Washington, DC.

Wood grew up in Flint, Michigan and graduated from Yale in 1969. On June 13, 2009 he received an honorary degree, Doctor of Humane Letters, from Kettering University in Flint for his work as ambassador.

Wood enjoys biking and golf. He and his wife Judy have two grown children, Mike and Kim, and 8 grandchildren. The family lives in Washington, DC and Rehoboth, Delaware. 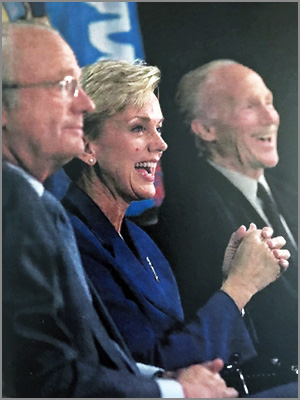